How does a currency strength meter work?

A Forex trader has to choose from a wide range of currency pairs, which is a big challenge. Do you have trouble deciding what currency pair to trade? The currency strength meter plays an important role right here. To select the right currency pairs to trade, you need to identify the strongest or weak currencies. Let’s dig into more detail below.

Why do you need a currency strength meter for forex trading?

Using the currency strength meter, you can identify currencies with high breakout potential so you can focus on them. They say that in trading, the rich increase their wealth and the poor decrease it. Also for auto trading you can visit best ea forex. In the same way, strong currencies strengthen and become stronger. while weak currencies become weaker and weaker. Before taking a position in currency pairs, it is important to determine the strength of a currency. 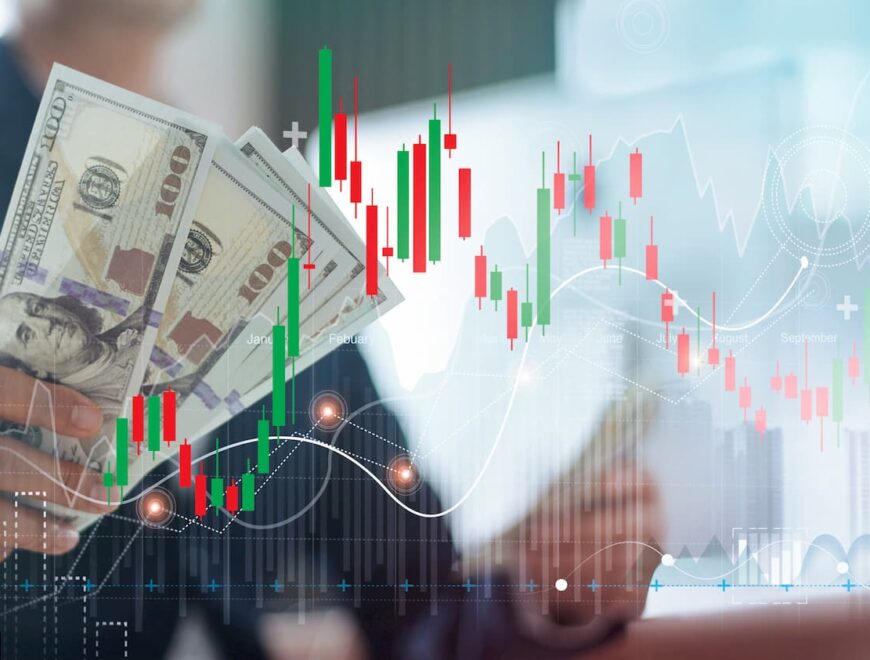 Strongest vs weakest: the art of matchmaking

Forex traders need to know which currencies tend to be strong and weak when trading the foreign exchange market. There could be short-term variations in demand or supply that explain these strengths or weaknesses. However, economic announcements can also cause them to occur. You should always trade the strongest currency against the weakest currency to achieve optimal results.

How can you use currency correlation to calculate currency strength?

Correlations between currencies can be measured by understanding their relationship with each other. For example, the US dollar is paired with the euro.

As another example, if EURGBP and GBPUSD correlate -91, This indicates their price movements are likely to be in opposite directions – two long trades (or two short trades) on these pairs will probably cancel one another out.

Within the first pair, the GBP serves as the quote currency. So, this suggests the EUR is expected to gain ground against the GBP, according to long trades. With the second pair, the base currency is the GBP. GBP is expected to strengthen against the USD in these types of long trades. A long trade in EURGBP implies an expectation that GBP will weaken. Whereas a long trade in GBPUSD implies an expectation that GBP will strengthen.

In terms of currency strength, a significant correlation exists between these two pairs. In this case, we can imagine that the GBP, a common currency in this pair, is driving the movement. So, it is considered the strongest currency.

There are various advantages of using a real currency strength meter to know the currency correlation if you are involved in forex trading. In addition to its simplicity, it has many useful features. For example, its ability to signal high-risk trades, its usefulness as a short-term indicator. Also, the fact that anyone can use it for free to trade. It is an indicator of currency strength for short-term use.

Forex traders who are professionals often use FX strength meters for a short period. The rapid rise in currency rates makes them useful as a quick indication of currency strength. In addition, as a measure of current strength, making them useful for immediate trading decisions or confirm signals from other indicators.

Currency strength meters are easy to use.

A Forex strength meter’s major benefit is its simplicity. A new trader will particularly appreciate this. A simple graph can show you which currencies are performing well or poorly, without the need for a Forex market expert.

Various factors can impact a country’s domestic economy. Also, its international trade activities based on the strength of its currency. Considering its lagging nature, a currency’s value may affect the economy in different ways depending on economic conditions.

Domestic currencies have an economic strength that relates to their purchasing power against local goods and services. The central bank can reduce interest rates when the economy is stagnant to reduce currency strength.

By reducing borrowing costs, production becomes more rapid, and the economy grows. As a result of increased wages and incomes, consumers increase spending and consumer demand; Consumer prices are raised. As a result, allowing businesses to profit. The strengthening of the currency is indirectly impacted by the expansionary stimulus of the domestic economy.

While the currency is constantly strengthening, this will make the cost of living go up beyond what can be affordable. The salary demands will also increase accordingly. So, the high wages and expansion costs will make it impossible for the companies to sustain profitability.

With an increase in currency strength, Buyers will have the option of purchasing larger quantities for the same nominal amount. or purchasing the same quantity for a lesser nominal amount. In this way, exporters will see their nominal income increase in real terms. Although an economy’s policy influences currency strength, its effectiveness is also determined by the strength of the nation’s currency.

Suppose; a country like China uses export-led growth to maintain its competitiveness and attract foreign buyers; therefore, it will prefer a weak currency value. Therefore, a weaker currency will boost exports, while foreign currencies will help the Chinese economy.

A country like the United States that wants a growth-led by imports, however, cares that its currency has a strong exchange rate so as to benefit from a strong purchasing power so they can import large quantities of products.